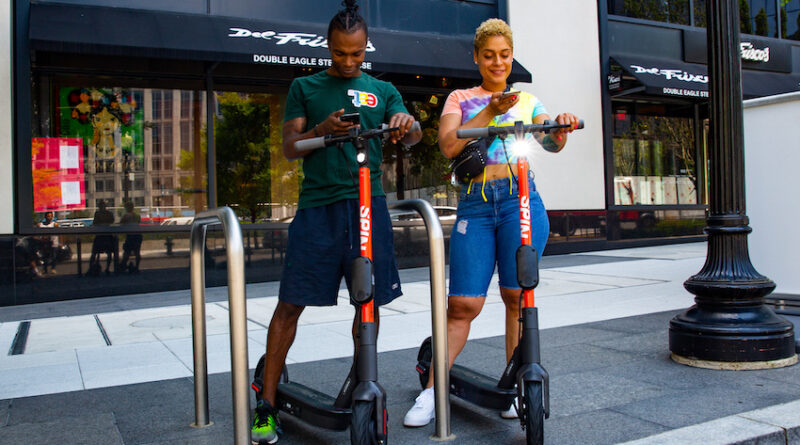 Steve Pyer of Spin E-Scooters says Government must embrace micromobility and start seeing it as a genuine transport option for the public.

Speaking on the most recent episode of the Everything EV Podcast, Pyer outlined the rapid growth of the e-scooter firm, which is the only company of its kind to have been backed by a major OEM in the shape of Ford Motor Company.

Spin arrived in the UK last year with a pilot launch in Milton Keynes, adding to its list of locations which include Spain, Germany and Canada. According to Pyer, the UK is also leading the way for e-scooter usage in comparison to all other locations.

He said: “We are seeing really good user rides here. The UK is our best market in terms of the number of rides per scooter. I attribute that to the fact that scooters are illegal in this country; you cannot ride a private e-scooter on a public highway. Because of that, and because they haven’t really been here that long, it’s a bit of a novelty factor and people are really keen to try them out. It’s also partly just a realy good way of getting around.

“The UK has seen amazing journeys across the piece because it is all brand new and it is exciting. Plus, we did start in the middle of the pandemic, and we are in one of few industries which really, really benefitted from that because people were at home more and were keen to get out. Now people are going back to work a little bit more, it’s a really good tool for commuting, socially distanced.”

Whilst e-scooters may be illegal in the UK currently, a number of trials have been taking place across major cities, including London, in order to determine how safe they are.

Moving forward, Pyer says a lot more can be done in order to accelerate the mass adoption of e-scooters across the country.

“I’d like to see a really good adoption of shared schemes of different mobility in cities. That would really help. What I would really like to see is Government and councils embracing micromobility as a transport option. In the same way as buses, trains and all that subsidized transport, it’s all the same. If you’d go into London for example, you can buy a travelcard and get on the tube and on the bus and an e-scooter in one pricing package; that’s where we should be. That makes it really easy for people to choose the best mode of transport that’s best for them at that moment.”