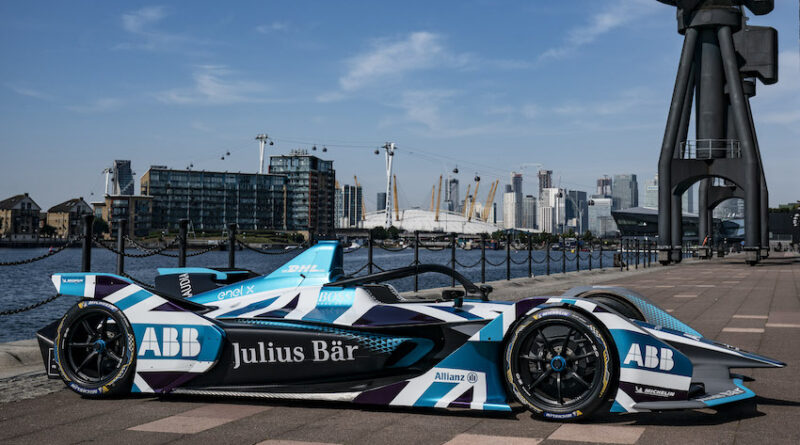 With the London E-Prix just around the corner, EV Powered spoke to every British driver in Formula E about the series’ return to the capital.

The penultimate weekend of the season sees Formula E make an historic return to London, with the last race on the streets of the city taking place in 2016.

To mark the occasion, a new, one-of-a-kind circuit has been developed around London’s famous docklands, integrating the ExCel Arena for a track that takes place both outdoor and indoor for a first in international motorsport history.

Ahead of the London E-Prix, EV Powered spoke with the seven British drivers that will be racing on home soil this weekend.

Sam Bird, Jaguar Racing: “My thoughts on the circuit are that it looks extremely exciting. We’ve got the world’s first indoor and outdoor event with loads of different changes of grip that are going to make it extremely challenging. I think it’s a very technical circuit where you need a lot of flow and to not overpush the circuit. I’m excited to get out there and to see what the London E-Prix has to offer me.

“It’s great to be racing at home and in front of home supporters. It’s a shame that it’s not many supporters; we’ve seen the tennis at Wimbledon and the Grand Prix at Silverstone having many, many thousands of spectators and it’s not quite the case here at the ExCel but it’s still great to still be racing in front of home fans. I hope we put on a great show.”

Jake Dennis, BMW i Andretti Motorsport: “London is always special and it’s such a special city. It’s so iconic. When you say we’re racing on the streets of London, mixed with the fact that some of it is in the ExCel arena where a sector of it will be indoor, it’s a whole new ball game and a different element to the series. And you never know what the weather is going to do in London, too. We do all this preparation to the event for this reason and hopefully we can cover most scenarios.”

Oliver Rowland, Nissan E.Dams: “This circuit poses a unique challenge, going inside and outside via a bit of a ramp. One of the most interesting things is that the track in itself is a huge challenge, to put everything together; it’s quite bumpy, very tight and there’s a lot of technical areas. As a driver, you’re going to have to put everything together and have confidence. The walls aren’t far away, there’s some slightly quicker bits of the circuit. It’s inside and outside but at the weekend we also expect rain which creates something we’ve never experienced before. We’re going to be on the wet track on the outside and coming inside to the dry tarmac. It’s going to be something quite strange and you’ll have to adapt yourself to two different types of conditions throughout the race should it rain.

“The Attack Mode will be quite important because it’s one of the biggest chances to lose or gain positions depending on when you take it. If it rains, it will be a game of survival. We have very little grip in the rain, with a tyre that’s designed for dry and wet, so it’s going to be quite interesting I should imagine. The level of difficulty in overtaking, you’ll find yourself with some incidents at some point, the first lap and the first six or seven corners are going to be very interesting if you’re at the middle or the back.”

Alexander Sims, Mahindra Racing: “It is a really unique race track – half inside and half outside – which will be interesting if the rain that is forecast at the weekend arrives! The track surface indoors will be a completely different surface to what the tyres have had to work with before so there’s a lot of uncertainty – no one really knows what this will do to the car balance through these corners so there could be a lot of unpredictability and excitement!”

Alex Lynn, Mahindra Racing: “I think it’s a cool circuit, it’s a great location and to be in our home city and as well home country is really special for me personally. I think it’s super special just to have support – that’s what sport is all about – having fans and enjoying it. They can expect a typical Formula E event, which is usually pretty unpredictable, pretty crazy and hopefully and exciting race.”

Tom Blomqvist, NIO 333: “The circuit looks super tight, twisty and technical, with slow speed sections, so it’s going to be quite challenging in terms of getting the car set up right and overtaking might be slightly difficult from what I have seen running on the sim.

“I think that it’s going to be another typical Formula E event – you’ve got to maximise what you’ve got. The track is going to pose new challenges, and we just have to keep our heads down and not lose faith. As a team we are giving it our all, as we have been doing all season long, and hopefully in London we can nip a few more points and have a good weekend.”

Oliver Turvey, NIO 333: “The new track at the ExCeL looks challenging with half indoor and half outdoor making it unique. I’ve worked hard with the engineers in the simulator to prepare for this new circuit and we’ve made progress over the last races, so I hope to be able to show this in London and achieve the best result possible for the team.

The 2021 Heineken London E-Prix will take place this weekend on 24th and 25th July. Follow EV Powered throughout the weekend to keep up to date with all the action.