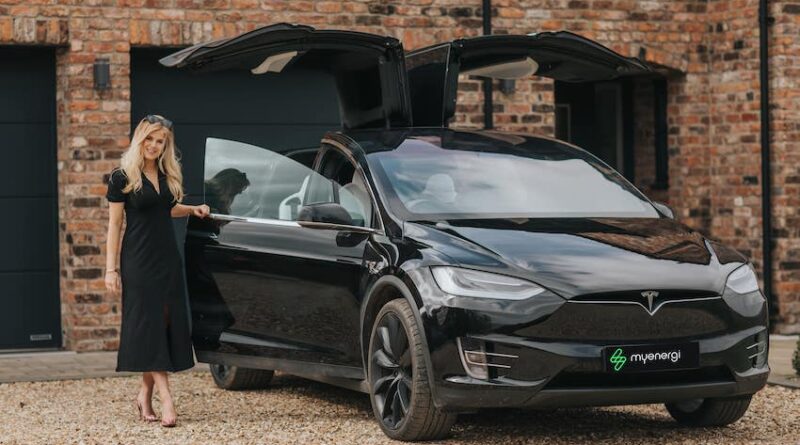 Jordon Brompton, founder of myenergi, the principal sponsor to the Hispano Suiza Xite Energy Extreme E team, talks to EV Powered about the next X-Prix weekend in Senegal.

With the Extreme E Ocean X Prix taking place this weekend, myenergi, pioneer of the world’s first eco-smart EV charging device, is set to electrify the grid and bring a spark to proceedings in Senegal. The Hispano Suiza Xite Team, powered by myenergi, is currently sitting in fifth position, just 15 points from the top of the leaderboard.

The Ocean X Prix, which takes place in Dakar, Senegal, will see the teams race along the banks of the famous ‘pink lake’ Lac Rose. Led by team manager Juli Mundet Caballero and piloted by drivers Oli Bennett and Christine Giampaoli Zonca, the UK outfit is looking to build upon its strong start in the first event.

We spoke to Jordon Brompton, founder of my energi, the principal sponsor to the Hispano Suiza Xite Energy Extreme E team, to get her thoughts on the upcoming X-Prix weekend in Senegal and why she believes electric motorsport is so important to the UK’s switch to electrification:

First things first, Jordan. What attracted myenergi to Extreme E and why did you sponsor the Hispano Suiza Xite Energy team?

“Myenergi and Extreme E go hand-in-hand. We have the same ethics and ethos – we both want to raise awareness about the impacts of climate change, both want to change the way the world works and both passionately believe in the future of electrification and smart mobility.

“We’ve been in conversations with Oli Bennett for a while. When we heard that he was set to drive for the Hispano Suiza Xite Energy team, we were keen to get involved. The championship seemed to be a match made in heaven for the myenergi brand – it ticked every box!

“From the first minute of Desert X Prix Q1, we’ve been absolutely captivated. It’s completely different to any other motorsport event and it really does showcase the future. Seeing the myenergi brand on the global stage is truly humbling and coming home in 5th place, ahead of Jenson Button, really was the icing on the cake.”

Obviously, you guys are pretty big in the EV charging market. Is Extreme E an important initiative for you?

“It really is a pivotal relationship for the brand – it puts us on the global stange and shows the world how committed we are to driving the future of electrification. Being the first EV charging company to sponsor an Extreme E team is a real bonus and we’re hoping to show why we’re different to other manufacturers.

“Rightly or wrongly, the Hispano Suiza Xite Energy team are classed as the underdogs. However, both Oli and Christine are really talented drivers and have already shown their grit, determination and ability. It gives the EV charging industry a team to support, a name to remember and a cause to get behind. We’re really proud to be involved.”

Is the Bennett and Brompton relationship the most sustainable partnership in Extreme E?

“We’re definitely the most sustainable partner and we’re playing a driving role in pioneering the future of the electric revolution. It’s a real step-change that the whole planet has to take and we’re proud to be operating at the vanguard.

“Oli is also committed to sustainability and has a number of hugely exciting ventures that aim to reduce humanity’s impact on the planet. Together, we’re collectively changing the world for the better and promoting sustainability far and wide.” 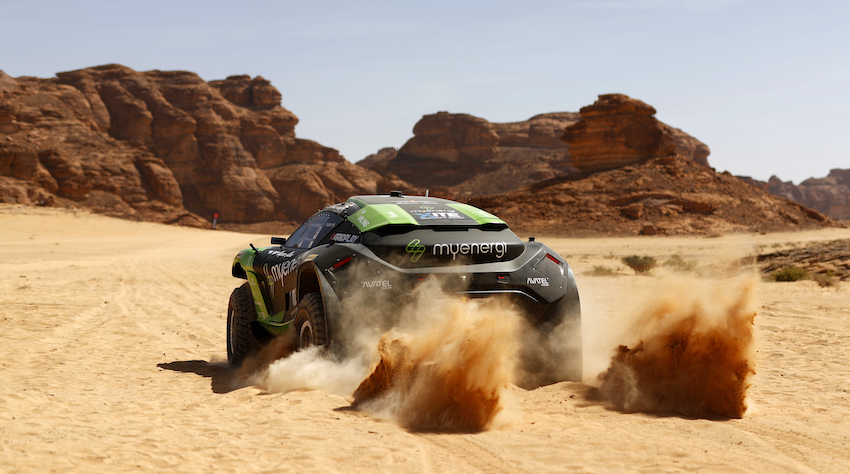 What did you think about Desert X Prix? Did it live up to the hype?

“I tuned in to every qualifying session, every race and every interview. I couldn’t take my eyes off the TV – I closed my eyes for them, held my breath for them and was totally wrapped up in the action. How Oli managed to put his foot down at 100+mph, with his vision completely obscured by sand, is absolutely beyond me. Extreme E – you’re not wrong there!”

What are your predictions for Ocean X Prix? Where do you think the Hispano Suiza Xite Energy team will place?

“Oli and Christine are going to be really strong in this round. They’ve demonstrated their ability by beating Jenson Button, now it’s just a case of taking the next step up to the podium. Extreme E is so new that we’re only just scratching the surface of what’s possible and the true ability of the teams. Of course, I’m going to back the team we’re sponsoring, but I really do think they have an excellent chance.”

How important is electric motorsport in the UK’s transition to electrification?

“It’s absolutely pivotal. Motorsport is rife with innovation – with many pioneering technologies consequently implemented into the next generation of road cars. If we can prove that it works on a track, we can demonstrate application on the road.

“More importantly still, if we can gain the support of the masses and get them enthusiastic about electric motorsport, it makes it an easier conversation when they’re considering whether or not to buy an EV. It makes it more mainstream, more acceptable, more desirable and they understand the benefits!”

What one message would you want viewers to take out of Extreme E?

“It’s simple really – anything is possible. If Extreme E can create a race series, build a circuit, raise awareness of climate change and then leave without a trace, literally anything can be done.

“We need to find a way to embrace sustainability and reduce our climate impact for the world of tomorrow. Extreme E proves that this is possible, but not only that, it’s also enjoyable!”